With England now boasting 500 vineyards and English Wine Week taking place throughout the UK (25th May – 2nd June), we have spoken to the consultant winemaker of Lyme Bay Winery, Liam Idzikowski, to find out his ideal food & wine pairing, the challenges he faces and his top tips for promoting English wines.

What made you decide to a pursue a career in wine?

Coming from Northern Ireland I had too many wet summers growing up, so one year I decided to change this and got a job in a winery in the Russian River Valley, California. I instantly took a shine to it and have never looked back.

What do you enjoy most about working in the wine trade?

It has definitely got to be the harvest. You never work harder and a cold beers never tastes better. It’s the most exciting time of year and there is always a great anticipation and buzz once the grapes start coming in and the fermentation begins.

What is your ultimate food & wine match?

The breakfast of champions has got to be pairing an English sparkling wine with an Ulster fry (the Irish equivalent of the traditional English Breakfast) or pairing it with Belgian waffles, bacon and maple syrup! Delicious.

What is the biggest challenge you face in the wine industry?

I have to say the amount of VAT and duty that is added on to English wines – in many wine producing countries there are concessions to help promote wines of that country. A reduction of duty or VAT would go a long way.

What do you think the next wine trend will be?

There are some very interesting and well-priced wines coming from Eastern Europe, such as Croatia, Romania, Bulgaria, Hungary and Slovenia. I’d like to think they can take some of the Sauvignon Blanc, Prosecco and Pinot Grigio shelf space. Watch this space.

What would be your top tip for promoting english wines within a pub, bar or restaurant?

People that have not tried any English wines seem to be very intrigued yet nervous about it. A recommendation by a waiter or a suggested food pairing can go a long way as well as offerings by the glass would be very reassuring. Once they have tried a good English wine, the second bottle or glass won’t be a hard sell. People that like local food will want to like local wine and the rule still stands…what grows together goes together!

Want to know which English wines we stock? Check out our South West map below! 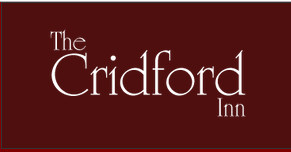 Make it not such a terrible Tuesday and come and join Pip Vanham from St Austell Wines on Tuesday 28th May at 7pm where we will be showcasing some of the regions’ best wines and cheeses.

It is £25 per person and this will get you 6 different glasses of wine and a variety of delicious cheeses, there’s no better combo!

Booking is essential so to reserve your place, please call 01626 853694 or email info@thecridfordinn.co.uk. 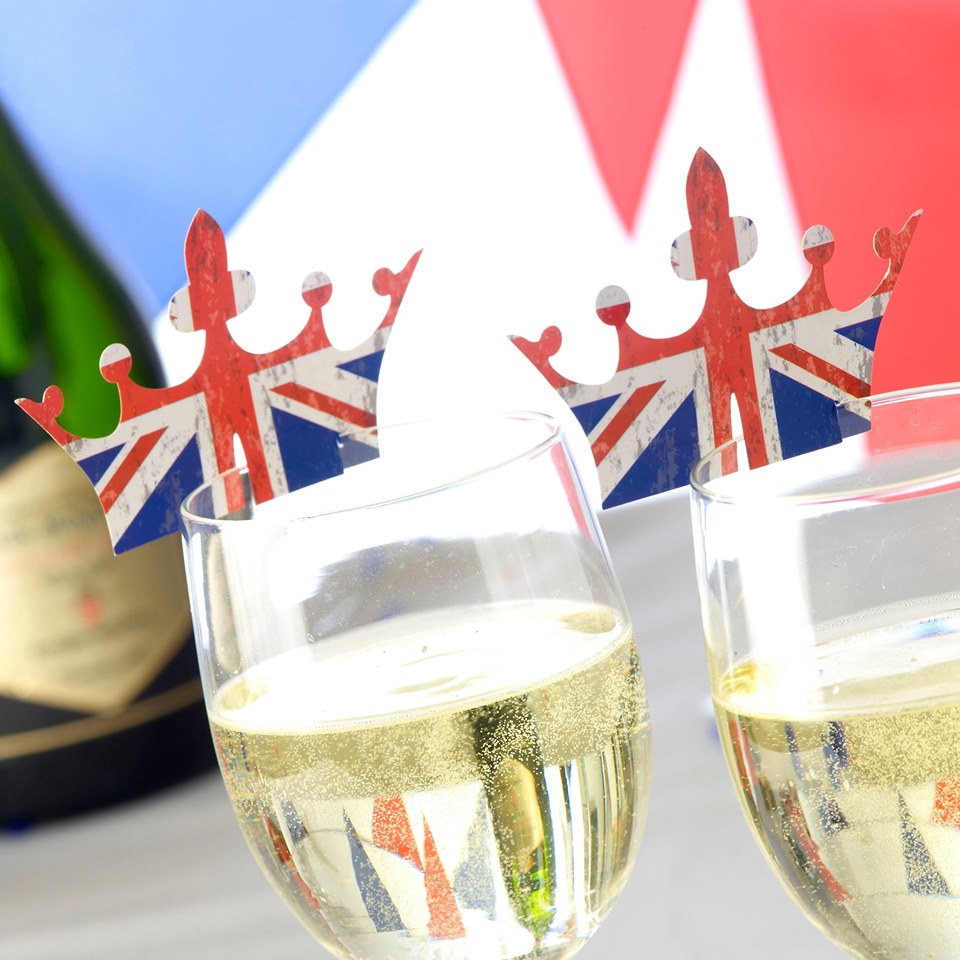 Come and join in the fun celebrating English Wine Week at Rest & Be Thankful by taking part in their wine tasting.

How well do you know your English from your French wines? Test your knowledge by joining in the fun! If you win the challenge you’ll be able to take home a bottle of your favourite from the night!

Who will rule the roost? England or France?

It’s £15 per person and reserving a place is essential, to reserve your slot please call 01643 841222. Book your slot and come down and join our Pip Vanham to test those wine brain cells! 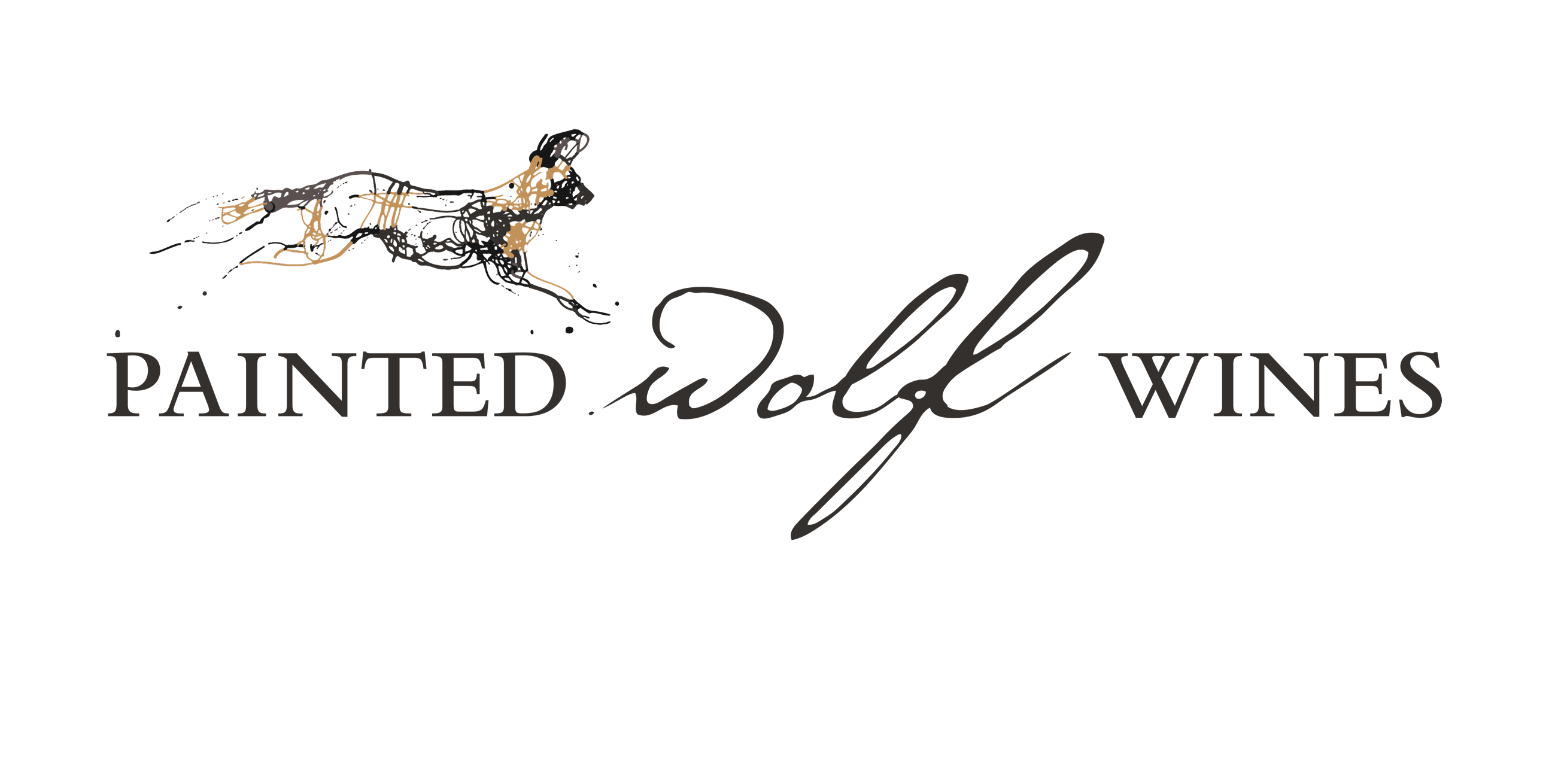 Jeremy and Emma Borg’s passion for wine is infectious. They are the co-founders of Painted Wolf Wines located in Paarl, South Africa. Jeremy has paid tribute to the remarkable ‘Painted Wolves’ of the area, by dedicating his superb wines to their name , going one step further with ‘The Den’ series, honouring the heart of the native wild dogs community. Their story takes us on a journey down the wine making route of their 2019 Pinotage vintage. 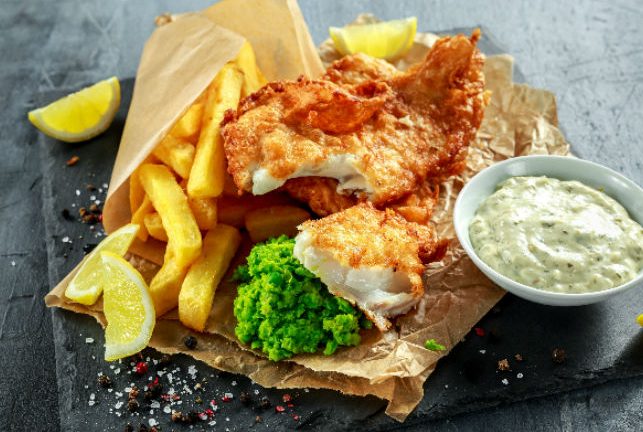 In the last decade, casual dining has become increasingly popular with sometimes there being no better place to eat than in a good old cosy pub!

Customers are looking for that genuine pub experience and to reconnect with the community through their ‘local’. By having a good quality menu that features simple pub classics along with a traditional setting that a pub has to offer, this results in an atmosphere which every modern day pub-goer desires. Besides the typical pint of local ale, wine can be a great alternative to this straightforward yet tasty style of food with the opportunity to provide a glass of something interesting, enhancing the customer’s experience. 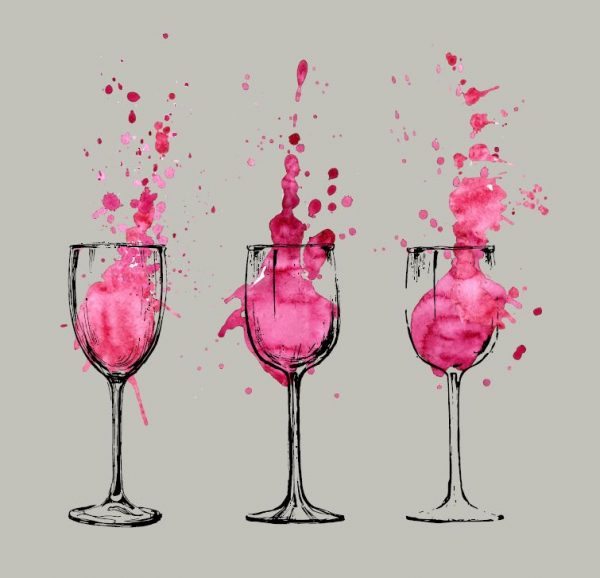 Its an Old World versus New World Wine-Off hosted by Truro School Cookery.

There will be five grape varieties, ten bottles of wine, lots of tasty nibbles, and all the swirling, sniffing and spitting you can muster. Sounds delightful doesn’t it?

Book tickets for this event via the Truro School Cookery website. 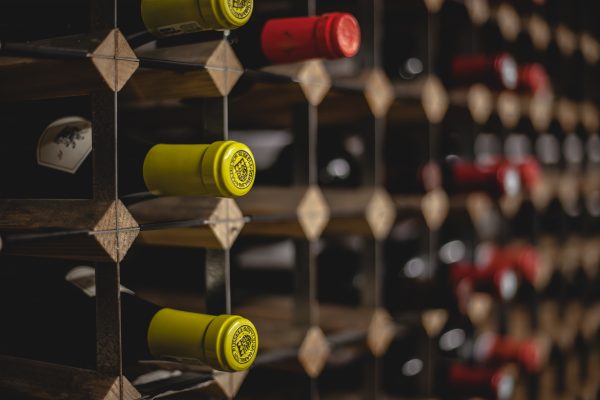 Argentina – It’s not all about Malbec!

Argentina – It’s not all about Malbec!

Argentina is full of different and wonderful grape varieties which should not be forgotten about, keep reading to see what this exciting country has to offer when it comes to wine.

We all love Malbec, the eye-catching labels of gauchos and snow topped vistas. Malbec has become a must on every wine list giving us a big red to sup on while drooling over a juicy steak. Malbec accounts for 36% of red wine vineyard area in Argentina, that’s a lot of Malbec. But what about the other 64%, and what about white grapes, what else is driving the excitement on Argentinian wines? Here we outline 4 wines that we think are great examples of just how good Argentina is as a wine producing country.

Torrontés is Argentina’s key white grape variety recognised by distinctly floral aromas of rose, geranium and honey. It gives the impression of sweetness on the nose but has a refreshing acidity on the palate. Drink with Asian and Indian food, fish and shellfish.

Here are our top picks; 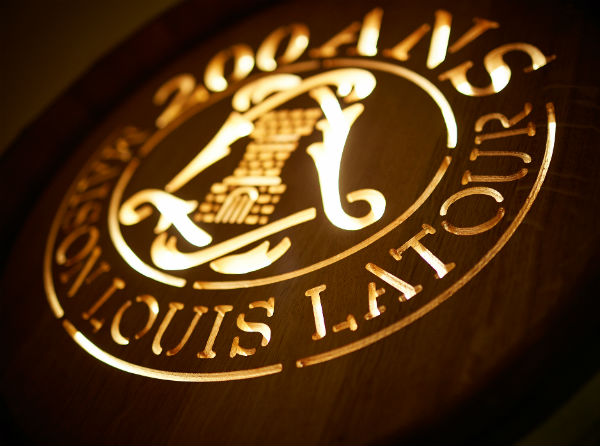 Join Burgundian wine expert Nina Sears at the Castle Hotel in Taunton for a decadent evening of fine food and wine.

Tempura of Broccoli and Courgette with Gribiche Sauce

Brixham Crab and Lobster Salad with Carrot and Frisee 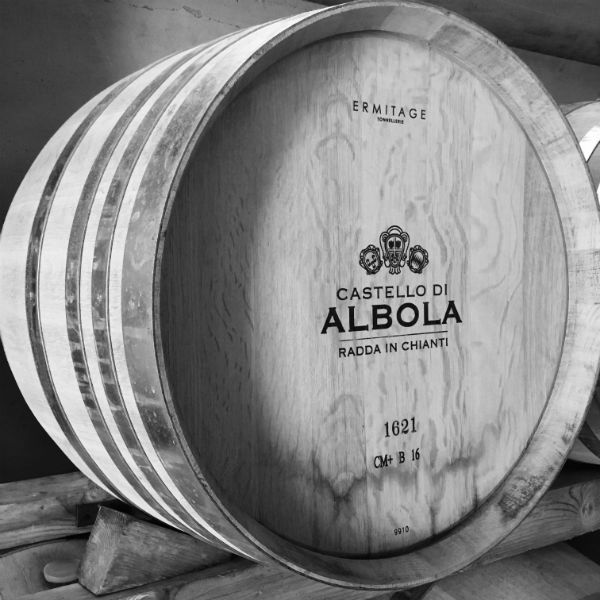 It wasn’t so long ago that veganism was sceptically seen as a small contingent of defiant earth warriors out to save the planet by avoiding animal-made products and foods. But what started as a fringe movement has today become mainstream and everyone is taking note.

World Vegan Day started in 1994, and now 24 years later, it is no longer an annual nod to a tireless campaign but a normal, daily, subconscious movement to help the welfare and health of animals, and well, humans too.

According to a survey carried out by the Vegan Society last year;

Restaurateurs, ignore it at your peril…

Is Veganuary the New Dryanuary?

Looking back to the start of this year it feels like Veganuary was even bigger than Dryanuary. Something of a relief for those of us in the drinks trade, but also a serious indication of the power of the vegan movement.

So what does this mean for wine? And how should it influence your wine offering as a pub, bar or restaurant?

Firstly we need to really understand what vegan wine is.

To know whether a wine is vegetarian or vegan, you need to know how a wine is clarified (or fined) to remove the solid particles that would otherwise make it cloudy. The substances used for this process can be derived from many sources, some of which come from fish and animals, some from dairy products and some from clay or synthetic substances. Certain producers do not fine their wines at all while some choose just to filter.

Though the traditional fining agent of bull’s blood was banned by the EU after the BSE crisis, a number of animal-derived products are still permitted for the production of wine sold in Europe. Among the most prevalent are isinglass (fish swim bladders), gelatine, casein (milk protein), and albumen (egg whites). If a wine is fined with bentonite (a clay) or activated charcoal, the wine is suitable for vegetarians and vegans. If a wine is fined with casein or albumen it is suitable for vegetarians but not for vegans. 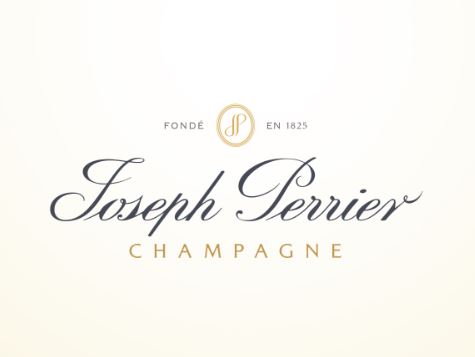 Hosted by Master of Wine Martin Gamman of Joseph Perrier UK, enjoy the opportunity to savour six different champagnes from one of the original Grand Marques houses and learn the extraordinary skill that goes into each bottle.

Martin has worked in the wine trade for over 30 years in various roles including buying for J Sainsbury’s and running the European export business for two large Australian producers. He has been in charge of  Joseph Perrier’s operations in the UK and Ireland for the last 12 years and is a great enthusiast for champagne. He will take us through some of the main styles of champagne and explain some of the complexities of this fascinating region. 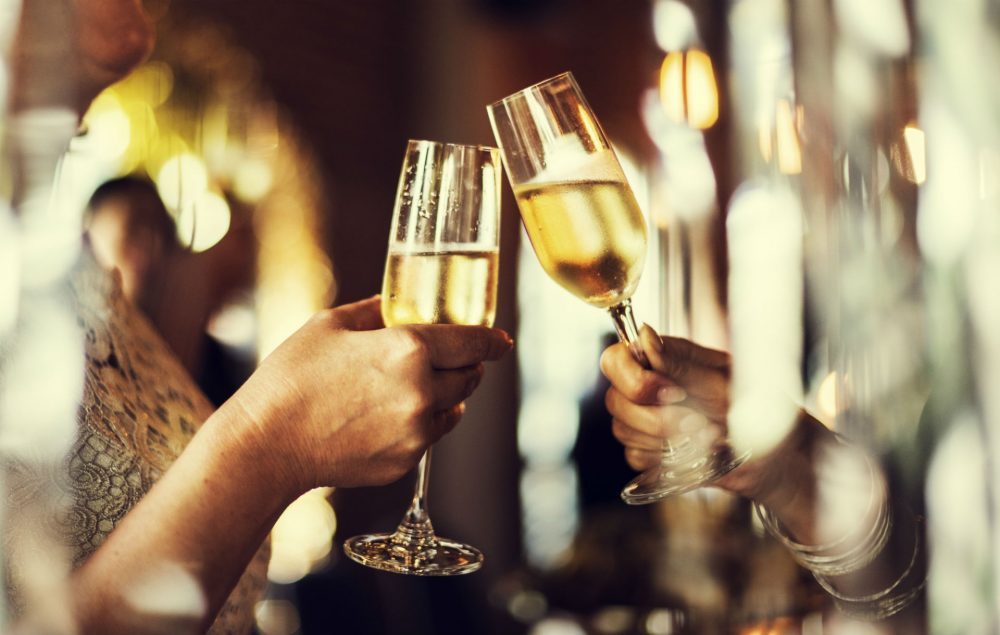 How to Sell Premium Fizz by the Glass

How to Sell Premium Fizz by the Glass

Champagne has certainly seen less market share in favour of Prosecco lately, but what’s stopping outlets offering a more premium fizz by the glass? Here we look at the facts, the figures, the success stories and give a few tips on how to uncork profit whilst your customers enjoy premium bubbles.

Unless you’ve been under a rock for the last few years you cannot fail to have noticed that Prosecco has become the buzz, or should that be “fizz” word. With sales of wine in the on-trade generally in decline, it is the popularity of Prosecco that is bucking the trend and keeping figures positive. But has this been at the expense of Champagne and other high-end sparkling wines? And what can we do to encourage customers to spend a little bit extra for a more premium product? 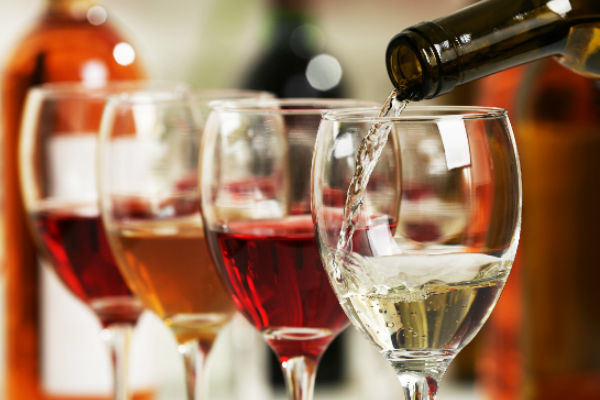 Acclaimed winemaker Jeremy Borg of Painted Wolf Winery, South Africa, hosts a tasting and paired dinner menu at the fabulous Tarr Farm in Somerset. This brilliant range of wines are the result of the Borg family’s immense passion for wine, art and animals and works tirelessly for the conservation of South Africa’s most endangered carnivore, the African wild dog. 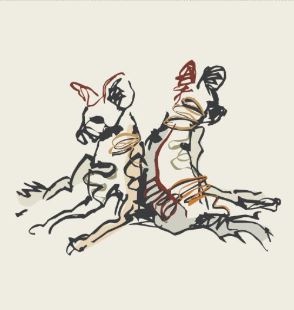 We welcome South African winemaker Jeremy Borg to the South West. Hosted by The Castle Hotel in Taunton, Jeremy will introduce the highly acclaimed wines from Painted Wolf winery, pairing them with a delicious tasting menu designed especially to compliment these stunning wines.

Organically farmed and made with a philanthropic focus, a proportion of sales from each bottle is donated to the Tusk Trust – a charity dedicated to the conservation of African wild dogs – South Africa’s most endangered carnivore.

Guillermo Pinotage and The Den Pinotage 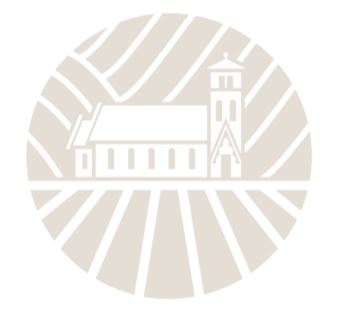